Research into the therapeutic benefits of cannabis is prompting a paradigm shift in many sectors of the healthcare industry. What about medical cannabinoids in pediatric care?

When she was just seven months old in June 2013, Sophie Ryan’s parents learned their daughter had an inoperable optic pathway glioma brain tumor. Doctors outlined a 13 month protocol of chemotherapy that even then would only manage to shrink the tumor marginally. Fortunately, Tracy and Josh Ryan learned about the upcoming filming of a documentary about cannabinoids and pediatric cancer patients. In the Netflix documentary “Weed the People,” viewers can follow Sophie and her parents as they embark on a five year journey using cannabinoid-based treatments alongside chemotherapy.

According to an article in Frontiers in Molecular Neuroscience, “accumulating evidence indicates that cannabinoids have potent anti-tumor functions and might be used successfully in the treatment of (Glioblastoma).” Glioblastoma is the deadliest of brain tumors. 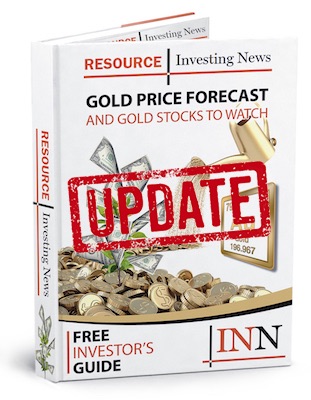 Get your free market forecast today

Give me my free report!

Today, Sophie is in school with children her own age and “doing absolutely amazing,” Tracy told High Times. “Her tumor has a 90 percent survival rate, but an 85 percent recurrence rate, so treatment can go on for years.” Yet, throughout her four chemotherapies, Sophie hasn’t had to struggle with the side effects most cancer-stricken kids endure, including dramatic hair loss, nausea and loss of appetite.

In fact, Tracy reported Sophie has had few side effects, only experiencing occasional nausea. “Once again, (she’s) leaving her doctors surprised,” she said. Sophie is participating in an ongoing natural killer cell research study at one of Southern California’s top universities. Tracy is now the CEO of Cannakids, a California-based brand that supplies medical cannabis oil tinctures and cannabis products to patients of all ages.

The cannabis plant contains a variety of chemicals known as cannabinoids. Tetrahydrocannabinol (THC) and its non-psychoactive cousin cannabidiol (CBD) are just two such chemical compounds. Cannabinoids are also produced naturally in the human body and act on the endocannabinoid system, which is a part of the central nervous system and manages several important biological functions, including pain sensation, memory, mood, muscle relaxation and inflammation, nausea and more.

A series of cannabinoid receptors, known as CB1 and CB2 receptors, are found throughout the brain and nervous system, and the body’s naturally produced endocannabinoids react with these receptors to maintain homeostasis. The endocannabinoid system can also receive external cannabinoids, such as CBD and THC, and harness their therapeutic potential to treat imbalances. Some CBD product companies use CBD derived from the hemp plant, a member of the cannabis sativa family that contains 0.3 percent or less THC. This allows companies to provide the medicinal benefits of cannabis without the euphoric high that can complicate medical uses.

CBD and THC react with the endocannabinoid system in different ways. THC binds with both the CB1 and CB2 receptors, while CBD only binds with CB2 receptors. CB1 receptors are mostly found in the brain, hence the characteristic psychoactive effects of THC. CBD, on the other hand, interacts with receptors indirectly by affecting the way other compounds interact with them, and can increase the body’s production of endocannabinoids and trigger the body to use more of them.

Sophie’s story is much like the story of another little girl whose struggle with a debilitating illness in 2011 opened the door for the use of cannabinoids in medicine. In Colorado, five year old Charlotte Figi was suffering from Dravet syndrome, a rare form of drug-resistant epilepsy that was, despite treatment, causing her upwards of 300 grand mal seizures each week, some of which lasted two to four hours. Grand mal seizures are characterized by a loss of consciousness and violent muscle contractions. As a result, Charlotte was unable to walk, talk and eat properly. Her heart had stopped several times, with her mother having to administer cardiopulmonary resuscitation while waiting for paramedics to arrive.

Doctors told her parents there was nothing more they could do for Charlotte. With her quality of life rapidly declining, the family turned to CBD to treat their daughter’s epilepsy, something that was extremely controversial at the time. In 2013, Charlotte became the youngest patient ever to be granted a medical marijuana card. Surprisingly, the treatment cut her seizures down by greater than 90 percent. The high-CBD, low-THC cannabis strain used in her treatment is now named Charlotte’s Web. “Stories like Charlotte’s have prompted parents across the country in similar situations to move their families across the country to gain access to these products,” according to an article published in the Journal of Pediatric Pharmacology and Therapeutics.

The media focus on Charlotte’s story brought global attention to the possible implications of CBD as medicine. Most patients with Dravet must use a cocktail of drugs to manage seizures, many of which work poorly or not at all, as was the case for Charlotte. To make matters worse, the side effects of anti-epileptic drugs can be as dangerous as the disorder.

Research shows that cannabinoids may be effective in treating epilepsy because of their ability to help modulate the endocannabinoid system. CBD halts the degradation of the endocannabinoid anandamide, and doing so could have a role in inhibiting seizures. In 2016, Israeli researchers found that 89 percent of the children in their study with drug-resistant epilepsy (DRE) and Dravet syndrome like Charlotte saw a reduction in seizure frequency with the use of cannabis oil that had a 20:1 ratio of CBD to THC.

More recent research into the use of cannabinoid combo therapies shows that CBD/THC combo treatments may have superior anticonvulsant effects in comparison to CBD-only treatments, even with a minimal dose of THC. A 2018 study conducted by the Canada-based Hospital for Sick Children examined the dosing and tolerability of a CBD/THC-containing product in children with Dravet syndrome. “Our study adds to a growing body of evidence that cannabinoids can exert anti-seizure effects and are safe and tolerable in treating pediatric DRE,” said Dr. Blathnaid McCoy, staff neurologist at the hospital. The THC content is low enough not to have psychoactive effects while providing therapeutic benefits. The presence of CBD is also known to decrease the psychoactive effects of THC.

The taboos surrounding cannabis consumption are beginning to disappear as scientific and regulatory bodies start to accept cannabinoids as pediatric medicine. In June 2018, the US Food and Drug Administration (FDA) announced its first approval of a drug derived from cannabis. The FDA gave the green light to GW Pharmaceuticals’ (NASDAQ:GWPH) Epidiolex, a liquid CBD product, for the treatment of seizures associated with Dravet syndrome and another severe form of epilepsy, Lennox-Gastaut syndrome. Epidiolex can be administered to patients as young as two years old. In May 2019, the Transportation Security Administration revised its policy on medical cannabis products to allow children to bring FDA-approved cannabinoid-based treatments in both their checked and carry-on luggage.

“This is a developing area of pediatric science. The main issue in using cannabinoid therapy to help support better health in children is perception. Parents, educators and regulators are understandably extremely cautious when it comes to medications and supplements for children. That said, children today are prescribed pharma products that although effective in treating illness also have many adverse side effects,” Aurelio Useche, CEO of Relevium Technologies (TSXV:RLV,OTCQB:RLLVF;FWB:6BX), told the Investing News Network. Relevium subsidiary Biocannabix Health recently acquired the exclusive Canadian licensing rights for Cannakids’ IP cannabinoid formulations. “The next frontier will be understanding the effects of plant genetics in conjunction with a better understanding of the individual needs of each child’s endocannabinoid systems to bring balance to their overall health,” added Useche.

The spread of medical cannabis legalization worldwide has dramatically increased the ability of clinical researchers to study the therapeutic effects of the plant. Perhaps the most promising research to date has been in the field of pediatrics. This clinical-based evidence is, in turn, helping to erode the stigma associated with cannabis, opening the door to a wider range of applications for cannabinoids in pediatric medicine.

This INNSpired article was written according to INN editorial standards to educate investors.

INN does not provide investment advice and the information on this profile should not be considered a recommendation to buy or sell any security. INN does not endorse or recommend the business, products, services or securities of any company profiled.

The information contained here is for information purposes only and is not to be construed as an offer or solicitation for the sale or purchase of securities. Readers should conduct their own research for all information publicly available concerning the company. Prior to making any investment decision, it is recommended that readers consult directly with Relevium Technologies and seek advice from a qualified investment advisor.