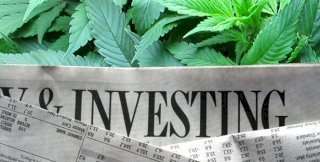 Aphria Inc. Chief Executive Vic Neufeld will step down from the Canadian marijuana producer, Canada’s Globe and Mail reported late Thursday night. An official announcement is expected Friday, the Globe and Mail said, and Neufeld is expected to stay on until a replacement is found. The newspaper said the company will seek “a prominent executive with global know-how” to fill Neufeld’s position. The company is also scheduled to release quarterly results Friday. In early December, Aphria shares plummeted after its business was attacked by a short-seller, and a company backed by a billionaire Ohio family launched a hostile takeover bid in late December, though that effort has a number of red flags. Aphria is one of Canada’s largest producers of marijuana, with a market cap of about $2 billion.

Market Pulse Stories are Rapid-fire, short news bursts on stocks and markets as they move. Visit MarketWatch.com for more information on this news.